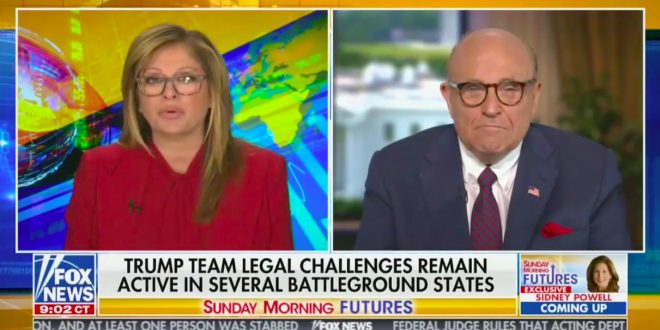 Smartmatic in a press release said its letters to Fox News, Newsmax and One America News Network make clear that the company “is reserving all its legal rights and remedies, including its right to pursue defamation and disparagement claims.”

The legal notice to Fox, shared with CNBC, accuses the news outlet of engaging “in a concerted disinformation campaign against Smartmatic.”

That 20-page letter cites dozens of claims, most of which were made on Fox’s air by Giuliani and attorney Sidney Powell, who was formerly affiliated with the campaign and has filed multiple unsuccessful lawsuits alleging fraud in key swing states won by Biden.

“Smartmatic announced today that it is issuing legal notices and retraction demand letters to Fox News, Newsmax and One America News Network for publishing false and defamatory statements…” https://t.co/L1g2vLOhih