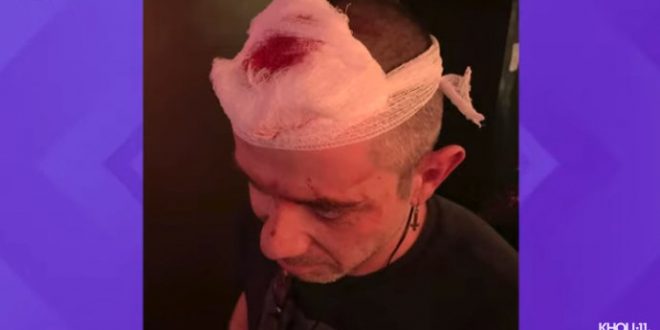 The man accused of hitting a Houston bar employee in the head with a glass has been arrested, Houston police chief Art Acevedo tweeted Thursday. “This suspect has been apprehended and charged with assault, bodily injury,” Acevedo said.

Employee Josh Vaughan had to have 10 stitches after he was attacked Monday while working the door at the Grand Prize Bar on Banks Street. The conflict began with the customer who did not want to wear a mask, Vaughan said.

This suspect has been apprehended and charged with assault, bodily injury. Proud of the work of @houstonpolice Major Assaults and CRU. More to follow later today. https://t.co/klA1jNXcOb