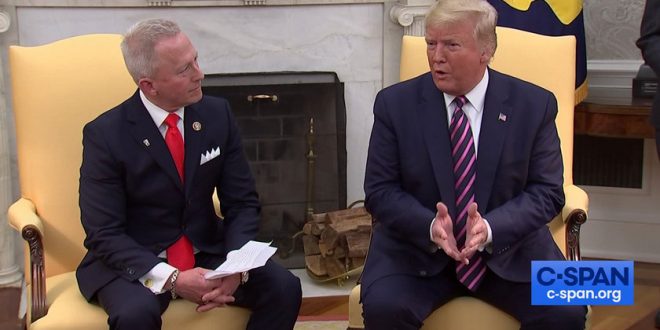 Rep. Jeff Van Drew, R-2nd, will raise objections to accepting the Electoral College’s vote counts from states that did not follow their own laws in setting rules for the Nov. 3 election, he said Wednesday.

“I won’t be voting to certify the electors,” Van Drew said in a phone interview Wednesday. “It’s what I’ve talked about all along.

“There has been … a disrespect of millions of Americans who really do believe that something’s wrong. It’s not a matter of who would win or lose — maybe the results would be the same — but we should abide by the rule of law.”

Van Drew, you may recall, left the Democratic Party in December 2019 and swore his allegiance to Trump, who returned the favor by rallying for him in New Jersey earlier this year. Van Drew was one of the many GOP House reps who signed onto Texas AG Ken Paxton’s failed attempt to overturn the election.