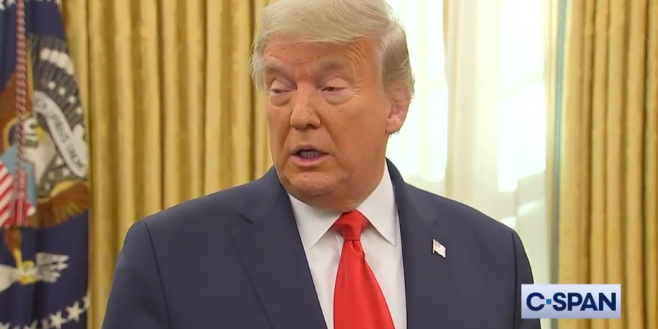 President Donald Trump on Wednesday vetoed the sweeping defense bill that both chambers of Congress recently passed by veto-proof majorities. He had previously threatened to do so because it doesn’t include a repeal of Section 230, a law that shields internet companies from being liable for what is posted on their websites by them or third parties.

The bill also includes provisions to limit how much money Trump can move around for his border wall and another that would require the military to rename bases that were named after figures from the Confederacy. It’s unclear if Republicans will again defy the President and vote to override his veto.

JUST IN: President Trump has followed through on his threats to veto the annual defense bill, triggering plans for Congress to return from their holiday break to potentially override him. https://t.co/aQ474QBsK3

Trump just officially vetoed the National Defense Authorization Act – effectively defunding the military – because he is sad about Twitter trends. The bill was passed with a veto-proof majority in the House and Senate, which will make his veto useless, like him.

Previous GOP Cultists Defend Maskless Conga Party: Pandemic Isn’t In The Constitution, Get Out, Enjoy The Holidays
Next Trump Leaves For Mar-A-Lago And May Not Return