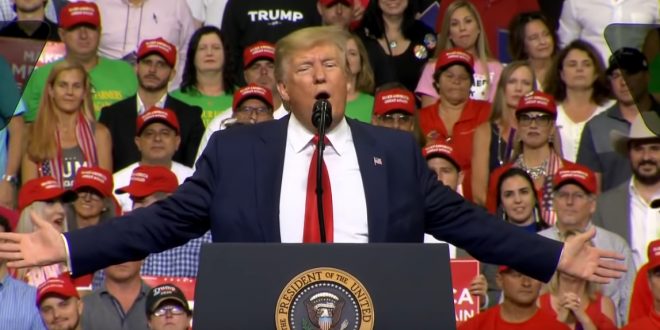 President Trump said in a tweet early Sunday that he will return to Georgia one day before two Senate runoffs in January that will determine control of the upper chamber.

At a rally for Republican Georgia Sens. Kelly Loeffler and David Perdue in Valdosta earlier this month, a defiant Trump insisted that the election was “rigged” against him.

Trump, who has repeatedly and falsely insisted that he won the Peach State and the 2020 election, also urged voters to get to the polls, saying Democrats were trying to “rig” the Senate elections.

As badly as we were treated in Georgia by the “Republican” Governor and “Republican” Secretary of State, we must have a massive victory for two great people, @KLoeffler & @sendavidperdue, on January 5th. I will be having a big Rally for them on Monday night, January 4th. WIN!