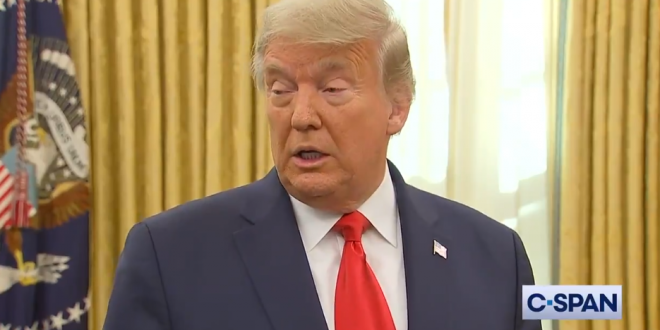 President Trump refused to rule out the possibility of skipping his successor’s inauguration in January during an interview that aired Sunday on Fox News.

Speaking with “Fox & Friends” co-host Brian Kilmeade, the president would not answer when asked directly by Kilmeade whether he would attend President-elect Joe Biden’s inauguration next month.

“So would you show up at the inauguration?” Kilmeade asked. “I don’t want to talk about that,” Trump responded.

President Trumps Inauguration is on January 20th 2021, just making sure you all are watching!!!

Trump says this without a shred of irony: “I worry about the country having an illegitimate president. That’s what I worry about. A president that lost and lost badly. This wasn’t, like, a close election.” pic.twitter.com/vFD5HN2ZDR

“They’re winning these things on little technicalities, like a thing called standing.” pic.twitter.com/fPdLMHX3bg