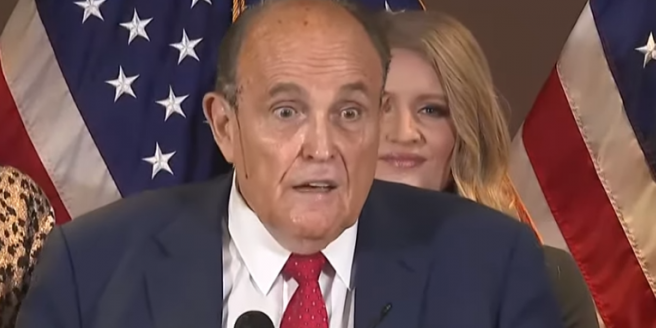 December 14, 2020 So Much Winning, Trump Corruption

The 4-3 ruling was the latest in a string of dozens of losses for the president across the country as Republicans pursue last-gasp efforts to give Trump a second term.

In the majority, conservative Justice Brian Hagedorn joined the court’s three liberals to confirm Biden’s win. They found one of Trump’s arguments was without merit and the others were brought far too late.

🚨🚨BREAKING: In advance of the meeting on the Electoral College, the Wisconsin Supreme Court REJECTS Trump appeal of his recount loss.

ALL SIGNIFICANT POST-ELECTION CASES HAVE NOW BEEN DECIDED.

Trump and his allies are 1-59 in post-election litigation.https://t.co/YXiMPxxb6w

Previous Fox’s Maria Bartiromo: “One Source High Up In The Intel Community” Tells Me That Trump Really Did Win
Next Christian Activist: God Told Me Trump Got 88 Million Votes And Won 45 States, It Was A “Sting Operation”