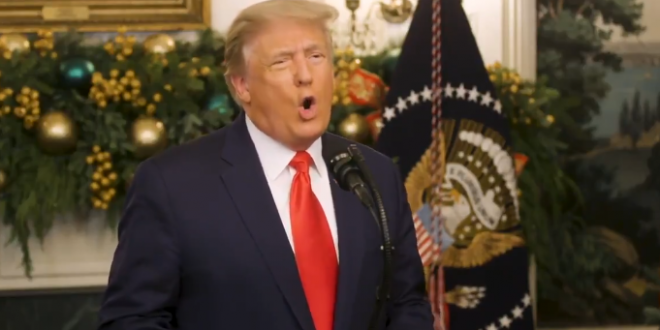 Less than three weeks before his departure from the White House, President Donald Trump is taking one more victory lap for what he views as his accomplishments during 2020. “Over and over again, we were told it would be impossible to deliver a vaccine by the end of the year,” Trump said.

The president added, “The world will benefit. We’ll benefit. And everybody’s calling to thank me.”

If you can bear to watch the clip, Trump also spews the usual lies about the border wall and claims to have taken the post-COVID unemployment rate down from as much as 45%. You may recall that during the 2016 campaign Trump claimed that the Obama’s 5.1% unemployment rate was a “phony number” and that the real number was 42%.