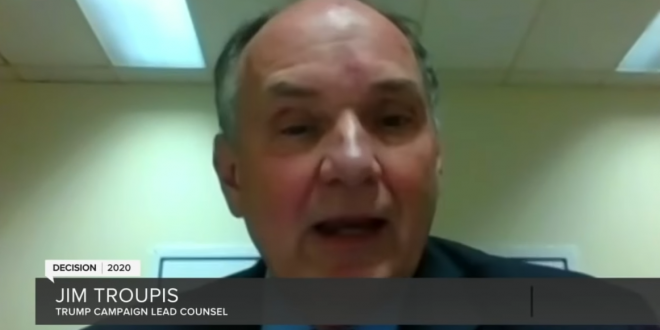 The Trump campaign is filing a lawsuit to the Wisconsin Supreme Court Tuesday — alleging abuse around the process of absentee voting in the state, which they say affected approximately 220,000 ballots.

The lawsuit is expected to be filed Tuesday morning and comes after Wisconsin completed its partial recount — which maintained that Joe Biden won the presidential race in the state — and after Wisconsin Gov. Tony Evers formally certified Biden’s victory Monday night.

The Trump campaign’s Wisconsin legal team, led by former Wisconsin Circuit Court Judge Jim Troupis, told Fox News that while the recount in the state did not flip in President Trump’s favor, it gave the campaign the “unique ability” to examine ballots.

Troupis and his wife both voted by absentee ballots.

Previous Obama Calls It His “Screw Up” That Dolly Parton Didn’t Get A Presidential Medal Of Freedom: “I’ll Call Biden”
Next Michigan Funeral Home Settles Lawsuit That Led To SCOTUS Ruling For LGBTQ Employment Protections