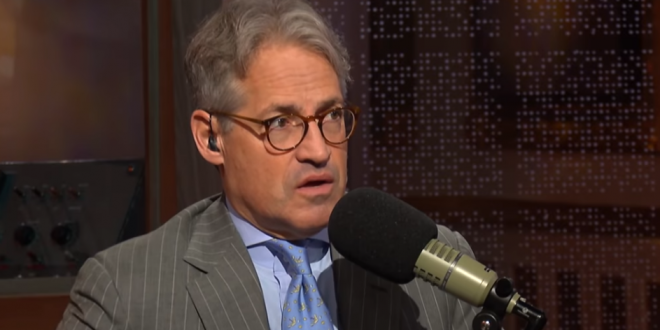 Jesus once told his followers that the greatest love of all is to lay down your life for your friends. Christian radio talk show host and author Eric Metaxas offered to do just that for President Donald J. Trump during an interview with the president Monday.

“I’d be happy to die in this fight,” Metaxas told Trump during a discussion about the president’s attempt to overturn the 2020 election. “This is a fight for everything. God is with us.”

Metaxas was interviewing Pennsylvania State Sen. Douglas Mastriano, a Trump ally, on his radio show as Mastriano was speaking on the phone with the president. Mastriano held up his phone so the talk show host could speak to the president, according to a recording of the show on Metaxas’ YouTube channel.

Earlier this year, Metaxas earned national headlines when he was recorded sucker-punching a passing protester after leaving an event at the White House.

There’s plenty of evidence for anyone wanting to look that Biden cheated. His gaslighting the country w/this phony Office of the Pres. Elect is obscene. So I cannot accept him as my fellow American, much less as our president. What he has done is monstrous. Will we fight? I will.

Trump will be inaugurated. For the high crimes of trying to throw a U.S. presidential election, many will go to jail. The swamp will be drained. And Lincoln’s prophetic words of “a new birth of freedom” will be fulfilled. Pray. https://t.co/ZrzStrpqto

Previous Trump’s Lawyers Hit Back: “With All Due Respect” To Him, AG Bill Barr Doesn’t Know What He’s Talking About
Next Florida Becomes Third State To Pass 1M COVID Cases