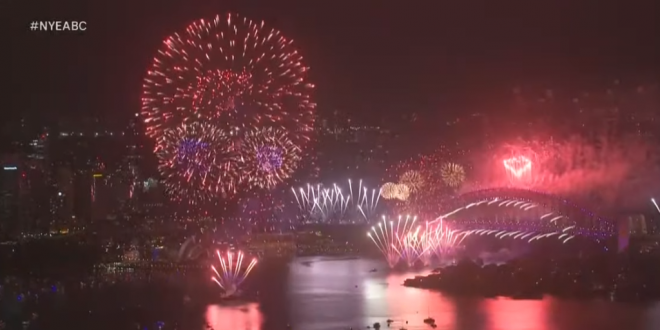 Sydney Rings Out 2020 With Traditional Fireworks

Sydney has largely banned crowds for its world-renowned pyrotechnic display, while Melbourne’s fireworks are cancelled. NSW restrictions were tightened further on Wednesday as the state battles to control its growing outbreak.

Residents in Greater Sydney, including Wollongong, Central Coast and Blue Mountains, will be restricted to hosting five visitors in their homes, including children. And while boats will be allowed on Sydney Harbour, they will have to abide by strict guidelines.

The clip below is live. Skip around.