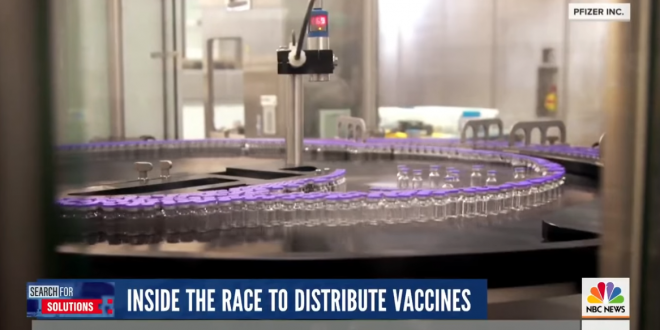 Public health experts say state and local governments are underfunded and unprepared for what is expected to be the largest vaccination campaign in U.S. history.

While the Trump administration has spent more than $10 billion supporting the development of COVID-19 vaccines, just $340 million has been allocated to agencies below the federal level to help with distribution efforts that will cost anywhere from $6 billion to $13.3 billion, according to various estimates.

Health care workers, nursing home residents and other priority groups could be vaccinated as soon as this month, according to estimates by Trump officials. But the administration has not planned for the subsequent vaccination of hundreds of millions of Americans in the general population next year, or how to pay for it.

Previous SF Bay Area Counties To Enter More Strict Lockdown
Next Michigan Pastor: Get COVID And “Get It Over With”