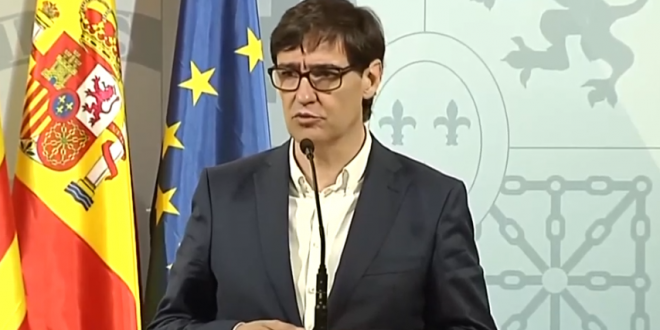 The news was in the air for days, now it’s official. In Spain there will be a register of people who refuse the Covid vaccine. The vaccine will not be mandatory, said Health Minister Salvador Illa, but whoever decides not to do so will be included in a “register” which will then be shared with other European Union countries.

The document – another clarification of the minister – “will not be public” and will be compiled “in full respect of privacy”.

But the fact that it will be shared with other EU countries may lead to a ban on travel for those who refuse the drug. Not to mention the fact that Spain’s decision could pave the way for similar measures in other European countries.

“It is not a document which will be made public and it will be done with the utmost respect for data protection,” Illa added, noting that employers or members of the general public would not have access to it.

The proportion of Spaniards unwilling to take a Covid-19 vaccine has plunged to 28 percent in December from 47 percent last month, according to a poll published last month.

The survey by the state-funded CIS research institute found 40.5 percent of respondents are willing to have the jab while 16.2 per cent would do so if it is shown to be “reliable”.

This is not a good precedent at all. https://t.co/esTCV8w7Ij