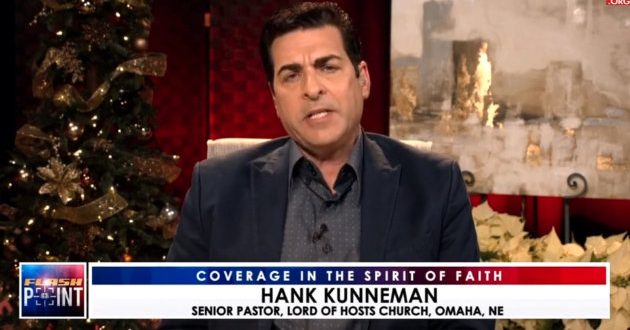 Scamvangelist Rages At Fellow Grifters: How Dare You Defy My Prophecies By Acknowledging Joe Biden’s Win?

“Why are you conceding when the majority of true Americans want honesty and integrity and we did not get that in this election?

“We demand truth. We demand integrity. We’ve just recently had national figures, preachers, politicians—especially preachers—that are getting on and congratulating 46 that does not exist. Nix 46.

“In the eyes of God, it doesn’t exist because God is not putting a man into an elected office as president in this nation based on crime and fraud.” – “Prophet” Hank Kunneman.

Kunneman is furious with fellow scamvangelicals who have acknowledged Biden’s win despite his many “prophecies” that Trump will remain in power. Watch below.