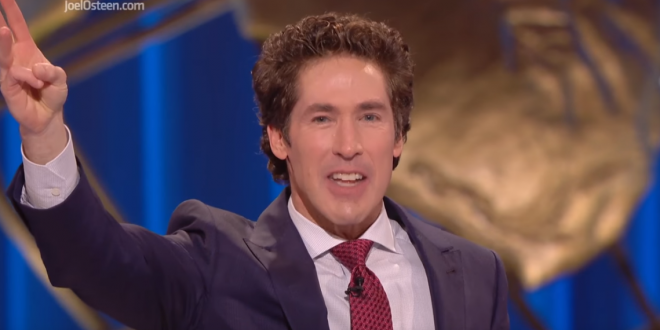 Lakewood received a $4.4 million loan through the Paycheck Protection Program, a part of the federal CARES Act that provided loans to pay employee wages or for other basic operational costs such as utilities.

Joel Osteen’s ridiculously huge mansion, paid for by the gullible and naive.

So humble. Jesus would be proud 🙄 pic.twitter.com/dCePFshyAi

Joel Osteen claimed his church took no PPP money, but his congregation was just one of many that received MILLIONS. This is just another reason why churches should be taxed if they are going to get business benefits. https://t.co/EpAIaHDdRA

I’m not surprised that Joel Osteen lied about receiving $4.4 million in PPP federal funds. This is the same guy who closed his church to the displaced in Houston after Hurricane Harvey and lied about flood damage. We had to publicly pressure him to open his doors.

Joel Osteen is the same scumbag who refused to let anyone into his fancy church during a disaster, so it’s not surprising the grifter took millions of PPP he wasn’t entitled to.

It’s disgusting that he’ll continue to get away with it.

I’m not kidding at all about this. Osteen blocked me and several others after we asked why the church doors were closed and provided pics showing no flood damage. He then went on a PR campaign to pretend he never lied about any of it. This is what they do: get tax breaks and lie.

Previous WSJ Board Gushes Over “The Right Man” Bill Barr
Next GOP Rep. Mo Brooks: I Just Need One Senator To Join Me And Force A Floor Vote On Rejecting The Election