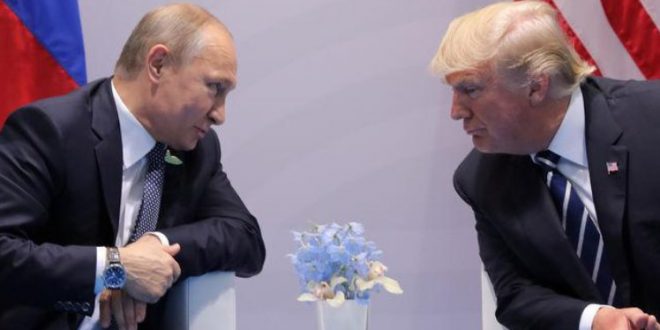 Affectionately referring to Donald Trump as “our Donald,” “Trumpusha” and “Comrade Trump,” Russian lawmakers, experts and pundits repeatedly have expressed their concerns about the future of Moscow’s all-time favorite U.S. president.

Co-host of Russian state TV news talk show 60 Minutes Olga Skabeeva brought up the possibility that President Trump would end up seeking asylum in Russia to escape any prosecutions in the United States.

Skabeeva emphasized that this was by no means a joking matter: “It’s all very serious,” she said, as she pondered out loud about the nature of criminal charges Trump might soon be facing.

Russia’s got your back, Mr. Presidenthttps://t.co/YI8HInprwi