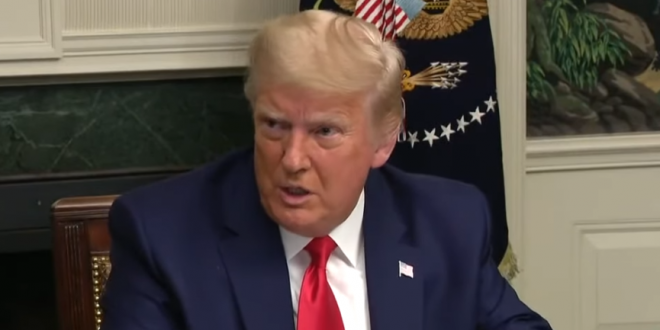 REPORT: Trump May Not Return From FL Xmas Trip

Where President Donald Trump decides to spend the final weeks of his presidency has become a matter of internal speculation as aides wonder whether he’ll leave the White House for the holidays — and never return.

At this stage, there are plans for Trump to remain at his Mar-a-Lago estate in Palm Beach over Christmas and New Year’s, but the guidance offered to staffers ends there, people familiar with the plans said.

Trump could return to Washington for the final days on his term. But there have also been some discussions about the President and the first lady remaining in Florida and not coming back to the White House, a White House official said.

Aides speculate if President Trump will travel to Mar-a-Lago for the holidays and never return to the White House https://t.co/vrOWv6bjr1 pic.twitter.com/THzisf6sIB