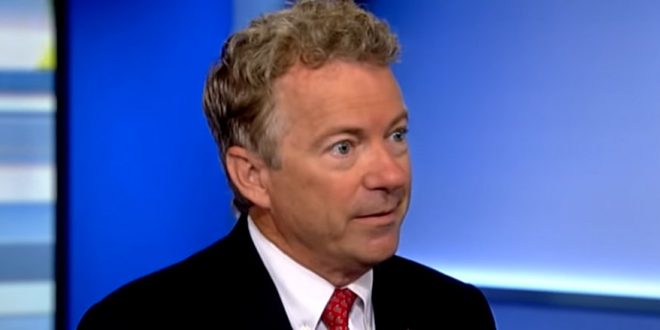 Days after electors voted to make it official that Joe Biden is president-elect, and one day after Senate Majority Leader Mitch McConnell (R-Ky.) congratulated Biden on his victory, Sen. Rand Paul (R-Ky.) said at a congressional hearing that the election “in many ways was stolen.”

“The fraud happened. The election in many ways was stolen and the only way it will be fixed is by in the future reinforcing the laws,” Paul said during a hearing with testimony from Christopher Krebs, the former cybersecurity chief who was fired by Trump after he reported there was no interference in the election.