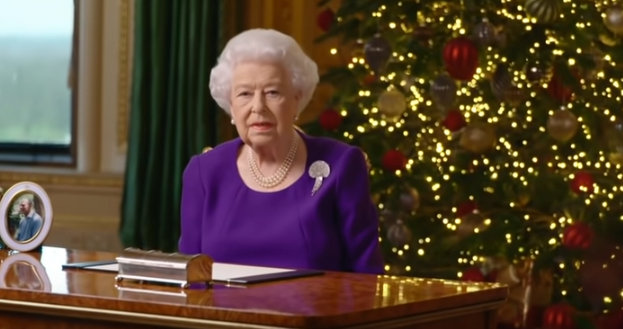 In one of Queen Elizabeth II’s most memorable speeches, she referred to the year of 1992 as an “annus horribilis,” a Latin term for horrible year. During her televised Christmas broadcast last year, she described 2019 as “quite bumpy,” after a string of tumultuous events that shook Britain and the monarchy.

While the queen has not been shy to admit to bad years, her speeches to the nation often carry an overarching message of hope — no matter what. Her 2020 Christmas address on Friday hewed to that tradition. She focused on acts of empathy and kindness that have brought people together in the face of the coronavirus pandemic.

The Queen has used her Christmas Day message to reassure anyone struggling without friends and family this year that they “are not alone”. She said what many people want “for Christmas is a simple hug or a squeeze of the hand” – but “even on the darkest nights there is hope in the new dawn”.

The 94-year-old praised acts of kindness, saying the pandemic “brought us closer” despite causing hardship. The Queen, like so many, is spending the day apart from her family. “Remarkably, a year that has necessarily kept people apart has, in many ways, brought us closer,” the monarch said in the broadcast.