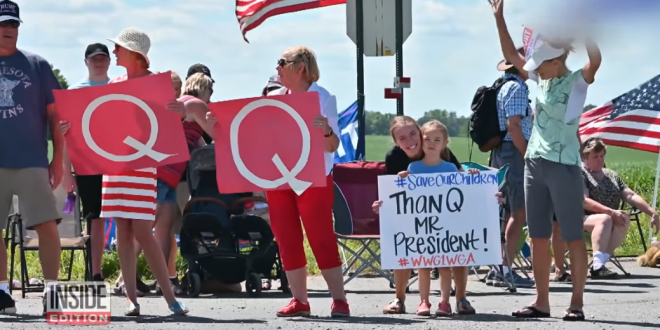 QAnon Freaks Vow To Start Own Party Over McConnell

Followers of the radical movement who believe President Donald Trump is waging a secret war against satanic pedohiles, as well as pushing baseless claims that the election was rigged, were dismayed at the Senate Majority Leader and accusing him of being a traitor.

Others said they will now leave the GOP or even form a new political party all together. Jason Sullivan, former social media consultant for Roger Stone, even formally announced the launching of the Great American Party (GAP) in the wake of McConnell’s comments about Biden.

Read the full article, which includes raging posts from QAnon “influencers” with tens of thousands of followers.

Many cults and terrorist groups fully emerge when an incident splinters them from an existing sect for the latter not being radical enough. Biden being elected is cause for a sigh of relief but these maniacs won’t go away just because their god steps down. https://t.co/v9g20gc6Wz