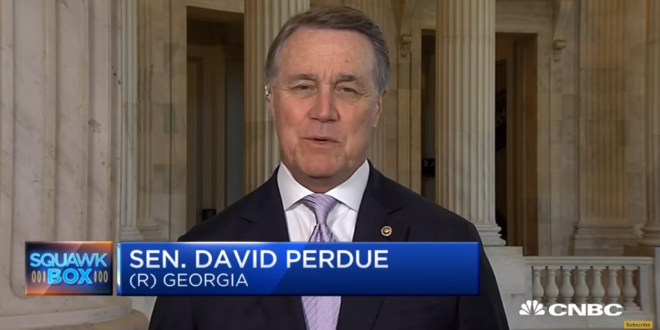 Sen. David Perdue, one of two multimillionaire Georgia Republicans facing tight runoff elections in January, drew scrutiny this spring for stock transactions made in the weeks ahead of the coronavirus outbreak in the U.S., while he was receiving privileged briefings on the impending pandemic.

In a series of transactions in late February, Perdue also invested up to $245,000 in the pharmaceutical giant Pfizer. Though the Pfizer purchase has been reported previously, the events surrounding it have not: One week after those stock purchases, the company publicly announced it would be developing a coronavirus vaccine.

The New York Times reported on Wednesday that he has executed 2,596 market transactions in his single term, often involving companies that operate within the ambit of his Senate responsibilities.

Salon: David Perdue bought Pfizer stock — a week before the company said it would develop a vaccine.https://t.co/NvbRAXT2HR