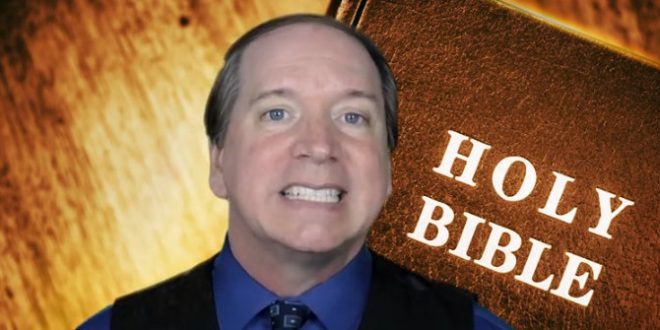 “We reject Mormon cult leader Mitt Romney. He believes that Jesus is the spirit brother of Lucifer.

“In the name of Jesus, the United States of America rejects you, Mitt Romney.

“In the name of the Jesus, the United States of America rebukes your niece, the GOP chair.

“The USA rebukes you, Ronna Romney McDaniel. Mormons, get out you cult leaders.

Andrew recently appeared on JMG when he appealed to LGBTs stop all their sinful fucking or God wouldn’t deliver the nation from coronavirus by Easter as Trump wanted.

Earlier that month Andrew appeared on JMG when he declared March to be “Repent Of LGBT Sin Month.”

His video in which he blamed gays for the coronavirus was deleted by YouTube after that JMG post.

Earlier this month Andrew declared that all Biden supporters are “cursed.”

It turns out that according to right-wing pastor Steven Andrew, God and America not only condemn Democrats, they also rebuke Mormons like Mitt Romney and Ronna McDaniel. https://t.co/xXOyg44D81 pic.twitter.com/LiFACC5mkU