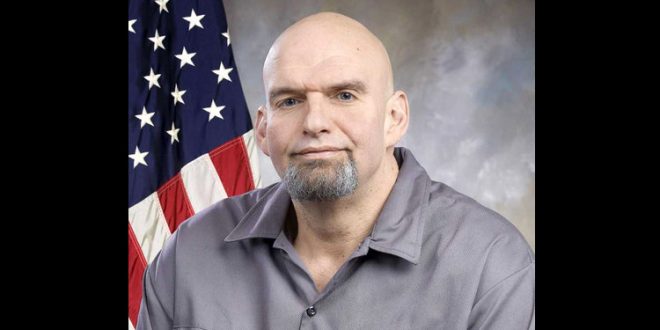 All John Fetterman wants for Christmas is the $3 million he says Texas Lt. Gov. Dan Patrick owes him. The Democratic lieutenant governor of Pennsylvania has been trolling his Republican counterpart for weeks to collect on the $1 million Patrick offered in November for evidence of fraud in the Nov. 3 election.

Three supporters of President Donald Trump have now been charged in separate voter fraud schemes in Pennsylvania. Fetterman says they should all count for bounty purposes. The most recent charges came this week — against the second Pennsylvania man to be accused of casting a ballot for Trump in the name of his deceased mother.

Sure, TX got demolished, but my dude LG Dan Patrick put out a handsome reward for voter fraud.

He owes us $3M, Pennsylvania.

Remember when they sent my dude + “500 lawyers!!” to Pennsylvania to chew bubblegum and kick ass, and they were out of bubblegum?

They *really* should have packed more bubblegum. #ThrowbackThursday pic.twitter.com/PlVWCQpgKf

Also, if I’m forced to sue my colleague to claim my handsome reward, my case is exponentially stronger than that pile of hot garbage lawsuit TX tried with SCOTUS.

Pennsylvania Lt. Gov. John Fetterman (D) said the two cases were “out of a Benny Hill skit,” referring to the slapstick comedian.

“It perfectly illustrates how rare and difficult it is to commit voter fraud,” he said in an interview.#PayPANowhttps://t.co/iC0MFazL0j

Hopefully NOW @DanPatrick will pay the people of Pennsylvania the handsome reward it deserves for rooting out voter fraud.

🚨 BREAKING: Trump captured 100% of the dead mom vote in the Pennsylvania General Election.

Previous QAnon Favorite Message Board Voat To Shut Down
Next As Trump’s Exit Nears, 50% Call Him “Failed President”