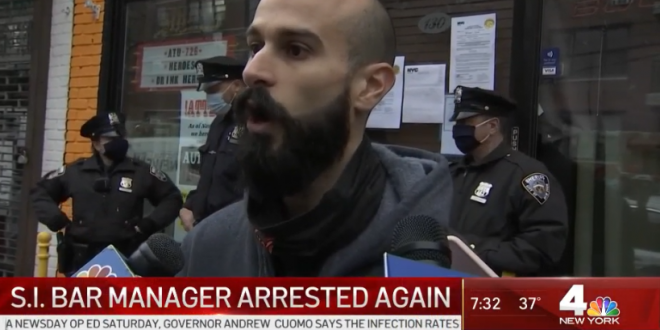 The general manager of a Staten Island bar that repeatedly defied public health orders to close is now under arrest for allegedly reopening again, and then striking a sheriff’s deputy while fleeing in his car.

On identifying themselves, the Sheriff’s Office said, Presti allegedly fled on foot, got into his car, drove into one of the deputies, and then continued driving with the injured deputy clinging to the hood.

Read the full article. On Wednesday hundreds of cultists rallied outside the bar to taunt police and wave Trump flags.