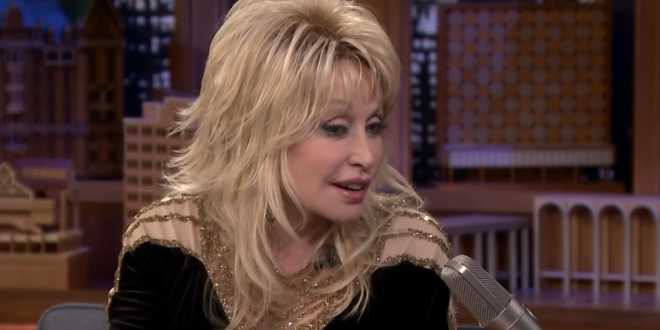 Obama Calls It His “Screw Up” That Dolly Parton Didn’t Get A Presidential Medal Of Freedom: “I’ll Call Biden”

Former President Obama says it was a major “screw up” of his administration that he failed to honor Dolly Parton with the Presidential Medal of Freedom.

“That’s a mistake. I’m shocked,” Obama said Monday on CBS’ “The Late Show” after host Stephen Colbert asked how it was possible the “9 to 5” singer hadn’t received the country’s highest civilian award. “Actually, that was a screw up,” Obama, promoting his new memoir, “A Promised Land,” replied.

“I’m surprised. I think I assumed that she had already gotten one and that was incorrect. She deserves one. I’ll call Biden,” Obama said of the president-elect.

Dolly earned international headlines last month when it was revealed she had quietly donated $1 million to research that led to a COVID vaccine.