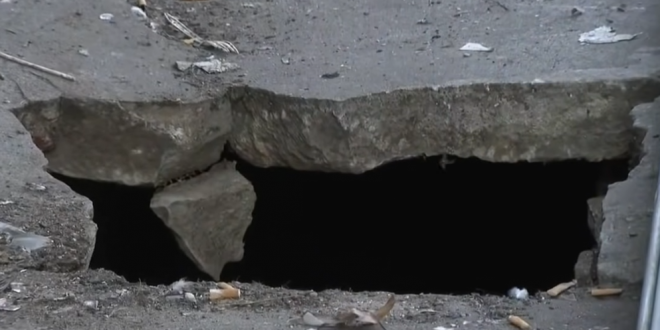 NYC Man Sues After Falling Into “Pit Of Rats” [VIDEO]

A man who plunged into a pile of squirming rats after a sidewalk opened up underneath him is suing the Bronx building owner responsible for maintenance of the property that gave way.

Leonard Shoulders, 33, broke his arm and leg after tumbling 15 feet Oct. 24 — and though he was in pain from the fall, he dared not let out a scream. “He didn’t want the rats going into his mouth,” his brother, Greg White, told the Daily News.

In a lawsuit filed Monday in Bronx Supreme Court, Shoulders accused the building owner, EH & HD 183rd Realty LLC, of failing to maintain the sidewalk or the basement below.

There are two ongoing rat lawsuits in NYC, filed almost a year apart. In the first, a “ceiling full of rats” collapsed on a man’s head. In the second, a man plunged thru a sinkhole into a pit of rats.

Let us now consider: Would you rather fall on rats, or have rats fall on you? https://t.co/RB30nK3F7s

Previous Dobbs: “Compromised” Barr Is Part Of The Deep State
Next Trump Appears To Confirm Plan For 2024 WH Run