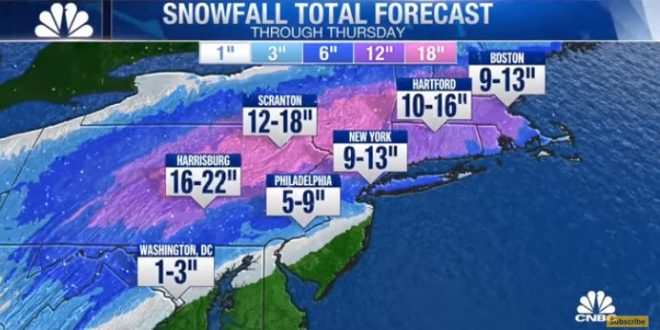 With forecasters predicting New York could get up to a foot of snow when a nor’easter hit on Wednesday, residents braced for what had the potential to be the most severe winter storm since a blizzard shut down the city in January 2016.

The snowfall was fierce for a time — coming down at a rate of 1 to 2 inches an hour, according to the National Weather Service, — but it had begun to taper off as the clock ticked toward midnight.

On Thursday morning, the National Weather Service said 10 inches had fallen in Central Park, more than the 4.8 inches it got all of last winter.

The first video below is live.