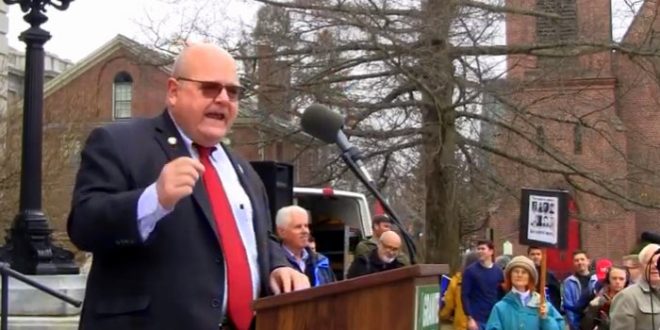 Hinch had been facing questions about cases of the coronavirus that arose within the Republican caucus after a mass gathering in Manchester last month.

Gov. Chris Sununu ordered flags to be lowered to half-staff and said he was profoundly sad to learn of Hinch’s death.

An unspecified number of New Hampshire House Republicans have tested positive for COVID-19 after an indoor caucus, state health officials and legislative leaders said Tuesday, throwing the state political scene into uproar a day ahead of an important meeting.

In a statement Tuesday, House Republican Leader Dick Hinch confirmed that “a very small number of people” at his caucus had tested positive for the coronavirus, without listing numbers.

Democrats were incredulous that Hinch had kept the infection from their party leadership in the hours ahead of a meeting of the full 400-member House and 24-member Senate in Durham on Wednesday, and that they had only found out Tuesday when it was reported by the press.

The newly sworn-in New Hampshire Speaker of the House Dick Hinch died of COVID-19. The Republican had been Speaker for only a week. https://t.co/rnPRv89q6G

Failed to disclose that information to nonpartisan House staff members, and Democrats. https://t.co/9bOQf7Nfit

Previous Radio Host Eric Metaxas: We Need To Fight To The Death For Trump, To The Last Drop Of Blood [VIDEO]
Next Walmart Pharmacies To Administer COVID Vaccine