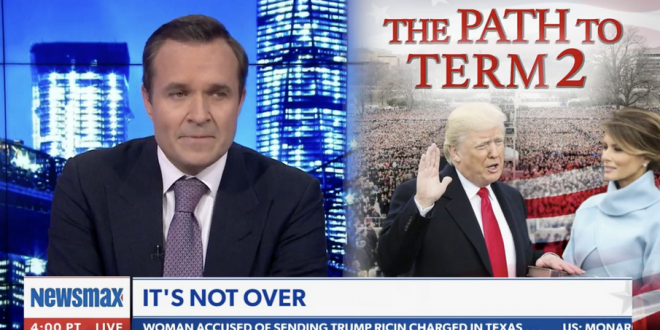 “Hey, remember Joe Biden’s speech yesterday when purportedly, he clinched the Electoral College? He didn’t do too much talking. He did more coughing, it seemed like.

“A small sample of the coughs, and I’m concerned because the way it’s looking for Joe, his health, I don’t think he’s gonna make it for Donald Trump’s second inauguration.

“Yes, on January 20th, I do believe that there is a significant chance that Donald Trump could be inaugurated.

Now, I do know that there are smart, informed people who are saying that Joe Biden is the president-elect.

“Now, I disagree with them, and it’s not just a hunch that I’m going on, it’s the Constitution.” – Newsmax host Greg Kelly, last night.