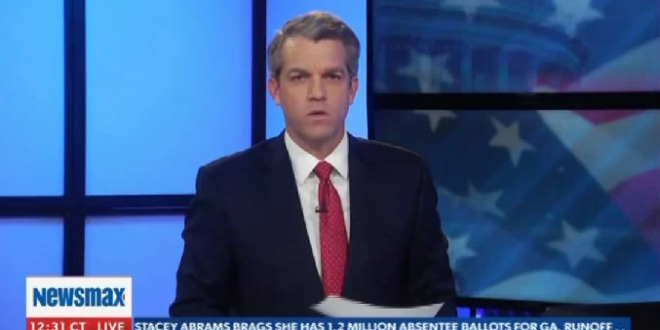 Newsmax TV anchor John Bachman finally declared that President-elect Joe Biden is, in fact, the president-elect, marking a massive step for the ardently pro-Trump network on their path to facing the reality that President Donald Trump lost his 2020 re-election bid.

“The electoral college votes are being cast today, here is video from four states, New York, New Hampshire, Arizona, and Illinois, all certifying the election for President-elect Joe Biden,” Bachman stated. Moments later, Bachman referred to Biden as president-elect for a second time — confirming there had been no mistake.

Just waiting for #TrumpSupporters to turn on Newsmax now and resort to #OAN as their only source of news. Their alternate reality is closing fast.