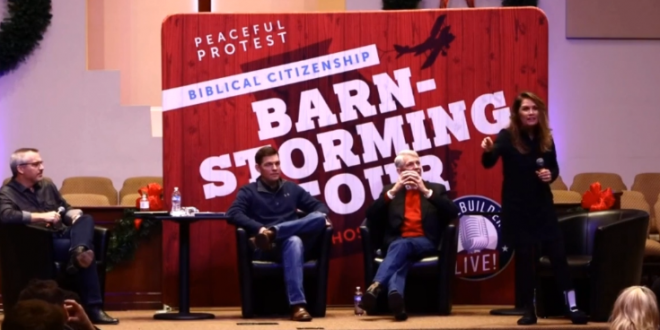 During a Friday night rally at Salem Baptist Church in Dalton, Georgia, Bachmann declared that she would never be a “chump” who accepts that Joe Biden won the election, screaming that Satan is destroying our election and that “my vote was stolen!”

Bachmann said that election night was “when Satan was snatching away from America rule by the consent of the governed.” “In other words, [Satan was] stealing from us our right to vote,” she proclaimed. “I am highly offended, insulted, angry, and I’m not going to stand for the fact that my vote was stolen!”