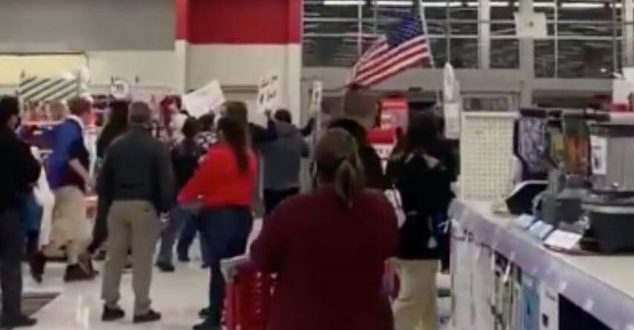 A new viral video of anti-mask protests sparked on Friday after a group from an organized demonstration entered a Christown Spectrum Target carrying flags and signs.

Jenny Guzman was in the store looking for wrapping paper when she heard the protestors. “They were going through all the aisles screaming and chanting,” she said.

The Phoenix Police Department said they knew about the official demonstration, and the crowd in Target was followed out by a community response unit detective.

Previous Cuomo Warns New UK Strain Is “On A Plane To JFK”
Next Mayor’s Office: NYC’s Cases Spiked After Thanksgiving