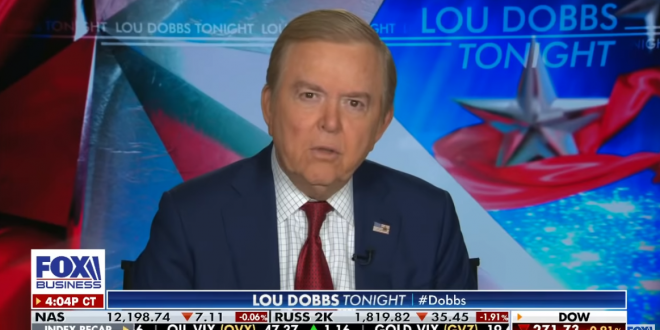 “If I may, Mr. President, the problem here is that you’re not just fighting fraud any more than you were just fighting the Russia hoax.

“That was an effort, not a hoax, to overthrow your presidency. Not a hoax. An outright effort to overthrow the presidency of the United States that went on from the time you won the office to the time right now.

“The irregularities in this year’s election are not just fraud, electoral or voter, they are another attempt to overthrow the president of the United States.

“You know, people don’t go to jail for their attitude, but in the case of the secretary of state and the governor of Georgia right now, one would be tempted to prosecute based on their conduct so far. – Fox News host Lou Dobbs, going on to accuse the DOJ, and the FBI of being in on the scheme.

Previous Geraldo Rivera Begs Trump To Stop: You’re Going To Cause A “Devastating Loss” In Georgia’s Senate Races
Next Hannity: Trump Should Pardon Himself And His Family