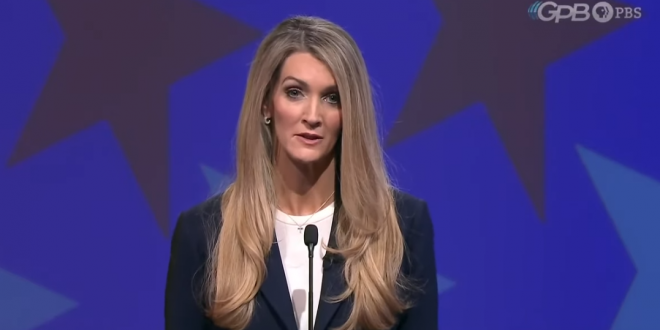 Republican Senator Kelly Loeffler danced around questions about whether President Donald Trump lost the Nov. 3 election in a debate with her Democratic challenger on Sunday before two Georgia runoffs that will decide control of the U.S. Senate.

As the debate began, Loeffler sidestepped a question about whether she agreed with Trump’s baseless claims that last month’s election was “rigged.”

“It’s vitally important that Georgians trust our election process and the president has every right to every legal recourse,” Loeffler said. “My opponent, radical liberal Raphael Warnock, is a socialist,” Loeffler said, an attack she voiced repeatedly through the debate.

“My opponent: radical liberal Rafael Warnock” – a phrase Loeffler has used in virtually every answer of the debate

I love this so much… pic.twitter.com/1mnIZkf5rl

Q: Senator, should members of Congress be barred from trading stocks?

LOEFFLER: Look, what’s at stake here in this election is the American dream pic.twitter.com/OSUuBhD8fJ