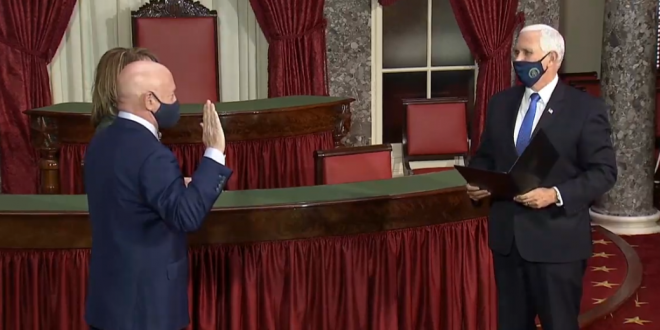 LIVE VIDEO: Mark Kelly Gets Sworn Into US Senate

Arizona Democrat and former astronaut Mark Kelly was set to be sworn into the Senate on Wednesday, an ascension that will narrow GOP control of the chamber while underscoring his state’s shift from red to blue.

Kelly was expected to be sworn into office by Vice President Mike Pence. Among those planning to watch were his wife, former Rep. Gabby Giffords, D-Ariz., and Scott Kelly, Kelly’s twin brother and fellow retired astronaut.

Kelly’s taking office is a political milestone for Arizona, which narrowly backed Democratic President-elect Joe Biden last month and will have two Democratic senators for the first time since January 1953.

I don’t usually cover these relatively routine ceremonies, but this one is fraught with much more history than most. Start time is 2PM Eastern.