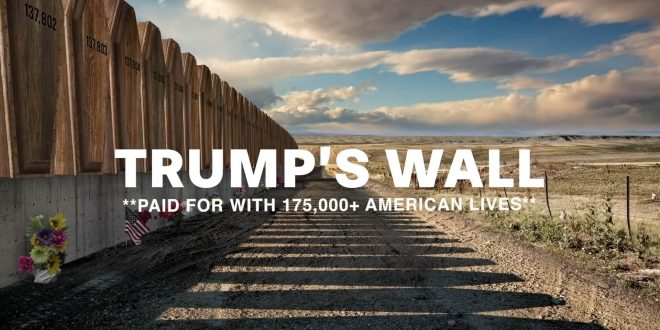 The Lincoln Project was ranked among the top 2020 advertisers by Ad Age, which said the campaign operated with “fearlessness.” A team of reporters and editors at Ad Age ranked The Lincoln Project as the fourth best performing marketing brand this year.

This comes after the anti-Trump Republican group flooded the internet with campaign ads this year, promoting Biden and slamming Trump ahead of the election. Ad Age said it selected its marketers based on elements including “business results driven by breakthrough advertising and smart strategic thinking.”

The conservative PAC sat only behind TikTok, McDonald’s and Lowe’s, which took the top three spots on the list, respectively. Behind The Lincoln Project, advertisers for Etsy, Calm, e.l.f., Lego, Adobe and State Farm were credited with some of the most successful campaigns this year.

We’re counting down our Marketers of the Year!

The conservative anti-Trump PAC made some of the most compelling and influential ads of the year: https://t.co/jHkmnQ456L

We could not be prouder or more humbled to be named one of @adage‘s top 10 marketers of 2020. It’s only because of the incredible creativity of @TheRickWilson and his team, and the millions of Americans who joined us in the fight against @realDonaldTrump. https://t.co/rVtjfaedHJ