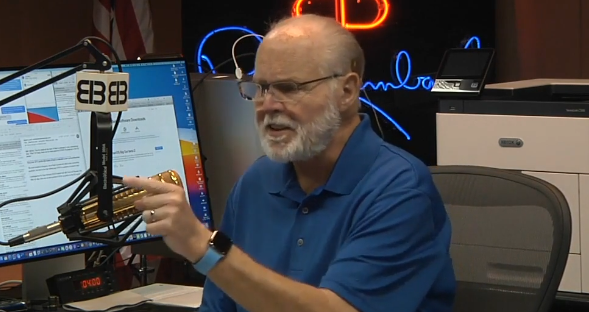 Limbaugh: “It’s Getting Hard Not To Look Like A Kook”

“As a conservative, it’s getting harder and harder to not look like a kook. All of this stuff that’s floating around out there that is — it’s impossible to keep up.

“Because there’s a lot of it, there are so many theories, and all of them have a trace of validity to them.

“And the left is doing everything it can to make every one of them appear to be right out of Kookville.

And so, people that believe these things have got to run the risk, or weather the storm, of being called a kook, because that’s how they’re trying to discredit all this.

“So this is one of their techniques here, is to chalk all of this stuff up to kookism. And a bunch of brave people are going to have to just ignore that.” – Rush Limbaugh, on today’s radio show.

Previous Conway: Biden Will Prevail, Count On Me For Any Help
Next LIVE VIDEO: Biden Addresses COVID’s Economic Impact