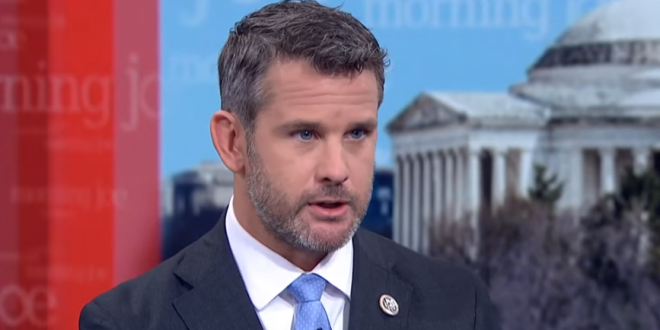 “This is a scam,” said Illinois Republican Rep. Adam Kinzinger of continued efforts by President Donald Trump and some House Republicans to overturn the election of President-elect Joe Biden.

Kinzinger, speaking Sunday morning on CNN’s “State of the Union,” said: “The reality is there is no impetus to overthrow an election,” and added that even if there were reasons to do so, there is not a constitutional mechanism to overturn a presidential election after states have formally certified their results.

Kinzinger claimed these colleagues of his have an ulterior motive: raising money. “It is a scam and it is going to disappoint the people that believe this election was stolen, that think this is an opportunity to change it,” Kinzinger said.

Republican @RepKinzinger on Trump threatening to veto stimulus bill: “I don’t understand what’s being done, [or] why, unless it’s just to create chaos & show power & be upset because you lost the election … this just has to get done.” pic.twitter.com/CJFewUl3hu

Kinzinger on possibility of Republicans challenging Electoral College results on Jan. 6: “This is a scam … the reality is there is no impetus to overthrow an election, even if you want to … we talk about the Constitution. We have to follow it.” pic.twitter.com/sSQVHsffr2

GOP Rep. Adam Kinzinger calls the push to challenge the election in Congress a “grifting scam” that House Republicans and Trump are exploiting while they’re “getting retweets and raising money on this scam.” pic.twitter.com/2YNKVylujd

Previous Fauci: The Worst Of COVID Is Still Yet To Come [VIDEO]
Next Putin Claims He’ll Get Russia’s “Sputnik V” Vaccine