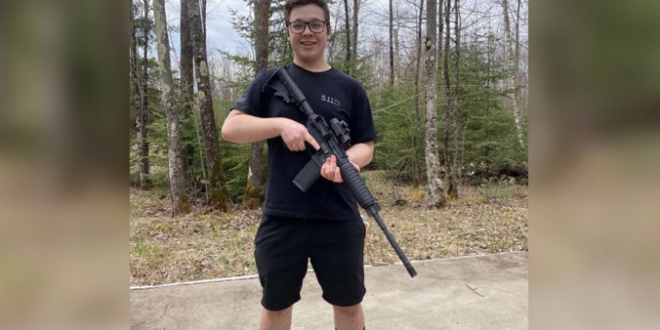 Kenosha Killer Loses Motions, Gets Bound Over For Trial

A lawyer for Kyle Rittenhouse used Rittenhouse’s preliminary hearing to offer a sneak preview of the self-defense he will raise at a trial over shootings that killed two people and wounded a third during unrest in Kenosha in August. But efforts to have two of six counts against the Illinois teen dismissed were denied by Kenosha County Court Commissioner Loren Keating, who also found probable cause that Rittenhouse committed the crimes charged and bound him over for trial.

Rittenhouse, 17, who was freed on $2 million bail on Nov. 20, appeared at the hearing via Zoom with his attorney, Mark Richards, from Richards’ Racine office. Before the preliminary hearing started, Richards argued the dismissals he had proposed in a written motion. One was that an exception in Wisconsin’s law against minors possessing dangerous weapons applied to his client, and so the misdemeanor count should be dismissed.

Kyle Rittenhouse is being wrongly charged

BREAKING: Judge has ordered Kyle #Rittenhouse to stand trial on all six counts—including charges related to the deaths of two men and the shooting of a third during a #Kenosha protest in August.