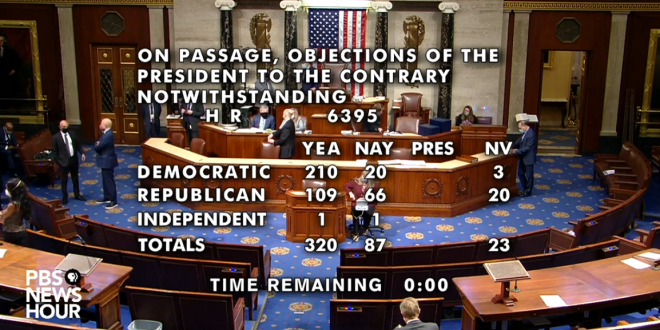 The vote is ongoing, but a sufficient number of lawmakers have voted to send the action to the Senate, which also needs to muster two-thirds support in order for Trump’s veto of the National Defense Authorization Act (NDAA) to be overridden.

The NDAA passed both chambers of Congress earlier this month with large bipartisan majorities, but it was unclear exactly how many Republicans would buck the president when it came to the override vote.