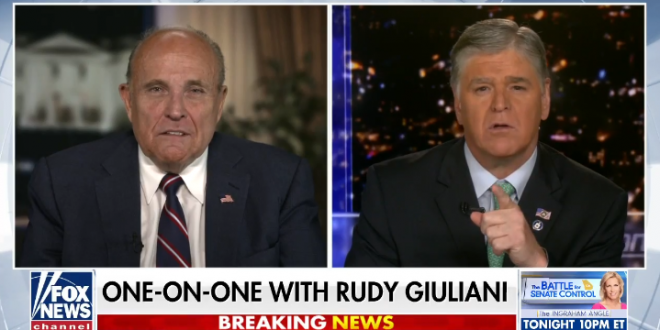 But at one point in the interview, out of nowhere, Sean Hannity felt the need to interrupt Giuliani and console him for that bizarre press conference he held on Nov. 19 in which he quoted the 1992 hit movie My Cousin Vinny, while hair dye ran down both sides of his face as he sweated profusely.

Hannity: and I felt bad for you the day of the press conference and a little just for men came down your cheek, I felt sorry for you pic.twitter.com/NdIIzMq2op

Previous US House To Vote Today On Decriminalizing Marijuana
Next Graham: Pray For The Anti-Squad “Freedom Force”