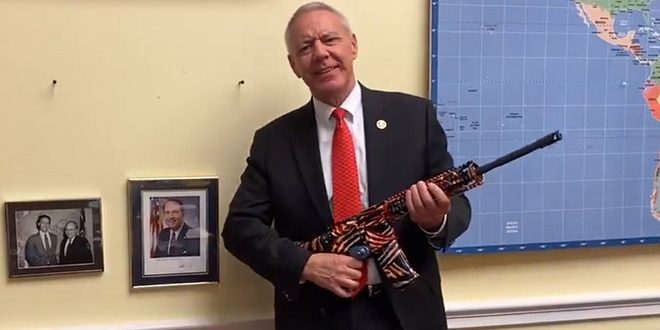 GOP Rep Won’t Let You Stop “Freedom” To Get COVID

As members of Congress begin receiving their first round of the coronavirus vaccine, one Republican lawmaker went on television and announced he would not be getting it.

Declaring it his “freedom” as an American to refuse the vaccine, Rep. Ken Buck (R-Colo.) said he was more fearful of the vaccine than contracting the coronavirus, which has killed more than 310,000 Americans in less than a year.

“I’m an American and I have the freedom to decide if I’m going to take a vaccine or not, and in this case I am not going to take the vaccine,” Buck said during an interview on Fox Business with Neil Cavuto.

Read the full article. Buck last appeared on JMG early this year when he dared Joe Biden and Beto O’Rouke to “come and take my AR-15.” Buck also appeared on JMG on 2010 when he declared that homosexuality is a choice, except when it’s not, like for alcoholics. Before that we heard from him when he said, “I disagree strongly with the concept of separation of church and state. It was not written into the Constitution.”