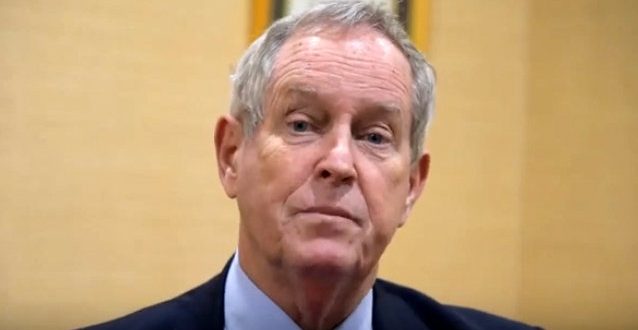 Rep. Joe Wilson (R-SC) announced that he tested positive for COVID-19 late Wednesday, just hours after he delivered a speech on the House floor.

“Earlier this evening I learned that I have tested positive for COVID-19,” Wilson said in a statement. “Thankfully I feel fine and do not have any symptoms,” he said, adding that he would be quarantining through Christmas.

Wilson became infamous after shouting out “You lie!” at President Obama during an address to a joint session of Congress in 2009.

Thanks to @realDonaldTrump‘s #OperationWarpSpeed, we have seen the fastest vaccine development in history. America is closer to recovery than ever before! pic.twitter.com/xN2YXweIQ0

Previous Pence And Wife To Get Vaccine On Camera Tomorrow
Next Another Grim Record: 244,000 New Cases, 3607 Deaths