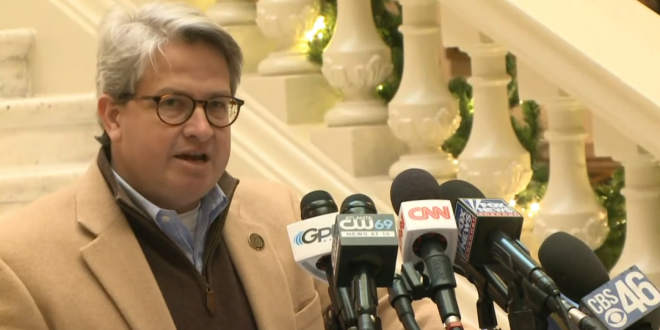 Sterling, a Republican, said he has police protection outside his own home, while the wife of Secretary of State Brad Raffensperger has been receiving “sexualized threats” to her cell phone. But he said the main source of his anger and the last straw for him was the revelation that a young contractor with Dominion Voting Systems in Gwinnett County received death threats and was targeted with a noose.