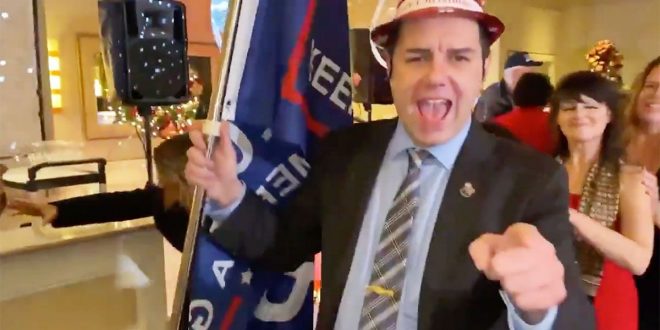 GOP Cultists Defend Maskless Conga Party: Pandemic Isn’t In The Constitution, Get Out, Enjoy The Holidays

From the Whitestone Republican Club:

So apparently the media is freaking out because we dared to celebrate the holidays in a perfectly ordinary and unremarkable way — with a gathering of friends and family.

We’re now getting calls from the New York Times, Gothamist, the Washington Post and other outlets asking for our comments. On a holiday party. Let that sink in.

Our idiot mayor and even King Cuomo himself have commented on it, which is just absolutely hilarious for so many reasons.

The fact that the two most powerful people in the state are talking about our little party speaks volumes about their priorities, as well as how hypersensitive they are to even the slightest threat to the dictatorial authority they crave.

Yes, we held a holiday party. A good time was had by all. We abided by all precautions. But we are not the mask police, nor are we the social distancing police.

Adults have the absolute right to make their own decisions, and clearly many chose to interact like normal humans and not paranoid zombies in hazmat suits.

This is for some reason controversial to the people who believe it’s their job to tell us all what to do.

We ALL have the inalienable right under the First Amendment to peaceably assemble, and that’s what we did.

There’s no pandemic clause in the Constitution, no matter how badly the media and Cuomo want you to believe otherwise.

We urge ALL New Yorkers regardless of political affiliation to go out and enjoy the holidays in whatever way makes them happy and comfortable.

Make your own calculated decisions, don’t give in to fear or blindly obey the media and politicians, and respect the decisions of others.

the Whitestone Republican Club in NYC apparently held a Christmas party this year without a care in the world about COVID pic.twitter.com/mHzW86d9M7

the lady with the grey hair in the video is Vicky Paladino, a far right activist in Queens. she ran for state senate in New York two years ago and she’s running for NYC City Council next year https://t.co/HYgquo9Uv1