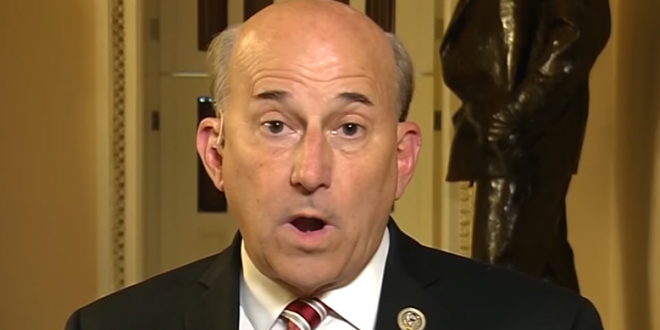 From a lawsuit filed yesterday:

This civil action seeks an expedited declaratory judgment finding that the elector dispute resolution provisions in Section 15 of the Electoral Count Act, 3 U.S.C. §§ 5 and15, are unconstitutional because these provisions violate the Electors Clause and the Twelfth Amendment of the U.S. Constitution.U.S. CONST. art. II, §1, cl. 1 & Amend. XII. Plaintiffs also request emergency injunctive relief required to effectuate the requested declaratory judgment.

These provisions of Section 15 of the Electoral Count Act are unconstitutional insofar as they establish procedures for determining which of two or more competing slates of Presidential Electors for a given State are to be counted in the Electoral College, or how objections to a proffered slate are adjudicated, that violate the Twelfth Amendment.

This violation occurs because the Electoral Count Act directs the Defendant, Vice President Michael R. Pence, in his capacity as President of the Senate and Presiding Officer over the January 6, 2021 Joint Session of Congress: (1) to count the electoral votes for a State that have been appointed in violation of the Electors Clause;(2) limits or eliminates his exclusive authority and sole discretion under the Twelfth Amendment to determine which slates of electors for a State, or neither, may be counted; and (3) replaces the Twelfth Amendment’s dispute resolution procedure –under which the House of Representatives has sole authority to choose the President.

Also party to the suit is Arizona GOP chair Kelli Ward and a raft of other shitbag cultists you’ve never heard of. 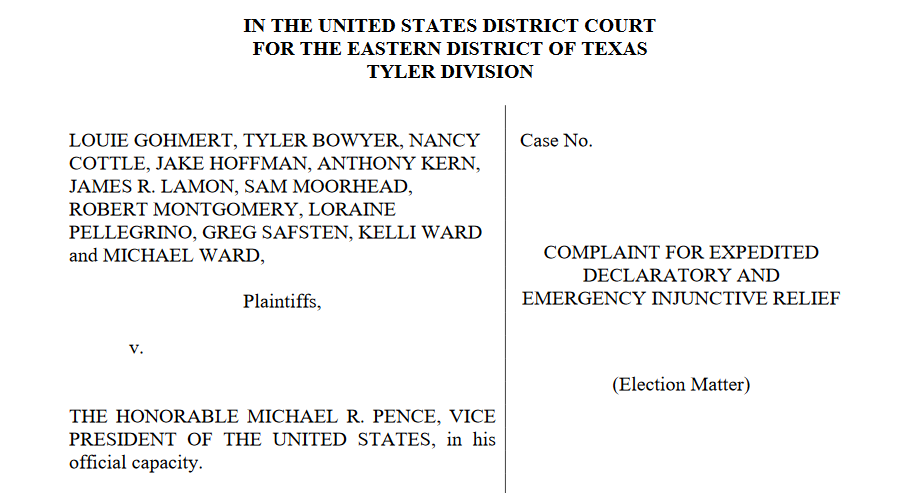 Here’s a new twist. Gohmert sues Pence as VP asking Court to give Pence “Exclusive Authority” to decide which Electoral College votes to count. Do they really think no one will remember any of this at the next election. The ads almost write themselves. https://t.co/ZVdTyFxm8n

That’s the actual caption of the new suit filed by a Member of Congress against the VP seeking to get him to override the will of the voters at the January 6 joint session of Congress.

The suit will go nowhere. Here’s the complaint: https://t.co/lGtEA9BjN5

Previous REPORT: Trumps Are Home Shopping Near Mar-A-Lago
Next MI AG To Trump: Stop Obsessing, You’re Not Our Type