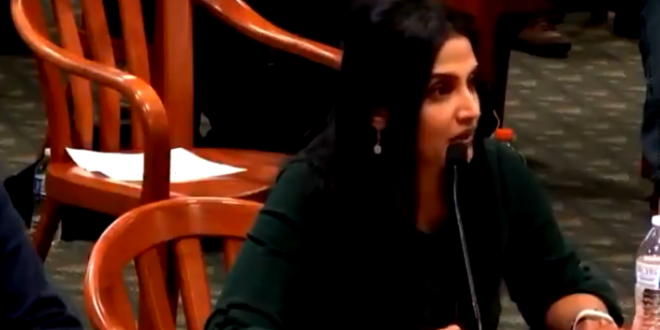 The Michigan state legislature held a wild hearing on Wednesday evening as Trump campaign lawyers Rudy Giuliani and Jenna Ellis continued their crusade to defy the will of the American people by overturning Joe Biden’s election victory over Trump.

One of the witnesses, a naturalized American citizen from India, served as a Republican poll watcher at the TCF Center in Detroit on election day, and she spoke at length about various interactions she had with others that she thought indicated widespread voter fraud — though it needs to be made clear that she and the other witnesses didn’t provide evidence.

One specific complaint she had, which had little to do with what she was there to testify about, was that people can vote without a photo ID. This is a problem, she said, because “all Chinese look alike.”

One of Rudy Giuliani’s witnesses just said she thinks “all Chinese look alike” while making the argument for a voter ID requirement in Michigan pic.twitter.com/WUCYRTzmgu