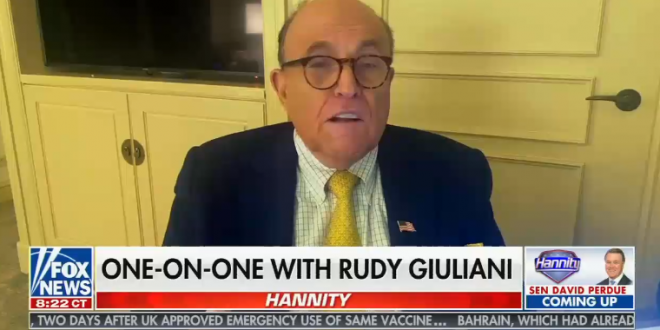 “The reason I went to the state legislatures, Sean, is because I saw what the courts were doing and I wanted to go around them so the facts could get out. Georgia court wouldn’t have allowed us to put those witnesses on.

“The legislature did, in Michigan the same thing. We had two Democrat judges and they weren’t allowing us to put witnesses up.

“But I was able to get some of the witnesses you see there because I went to the legislature. Now, the simple fact is, we don’t need courts.