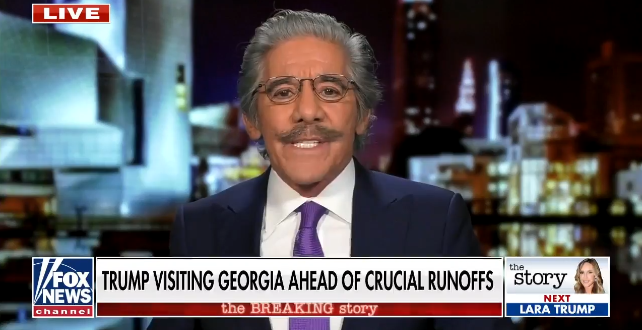 “I can’t imagine why the Republican senators aren’t rallying around the Georgia Republicans, the secretary of state and the governor there, and saying, ‘The system in Georgia will work. You got to vote. Everything is at stake here.’

“I think that the president is on the wrong course here. I think he’s gotta take a real gut check between now and Saturday, with all due respect, and, you know, I love the guy, but enough is enough now.

“Control of the Senate is in the balance now, and if he allows his personal, you know, annoyance with the secretary of state and Gov. Kemp to rule, then I think it’s gonna be a devastating loss for the Republican Party.” – Geraldo Rivera, on Fox last night.