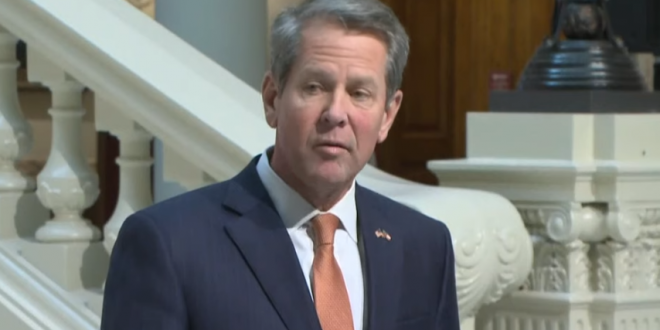 This week Cobb County completed a signature audit that found only two mismatches out of thousands, and concluded there were no fraudulent absentee ballots. Rudy Giuliani, who has thrown out conspiracy after conspiracy in the ongoing election fight, called the audit a “joke.”

Kemp fired back: “That’s a joke. He doesn’t know the Georgia Bureau of Investigation very well. He doesn’t know how hard they have gone after street gangs and human traffickers to save our children, to keep people from getting shot in broad daylight, their cars carjacked.

“He should do a little more due diligence on the fine men and women that we have at the GBI. And for that matter, him giving Georgia state troopers that are working the capitol grounds a hard time when he’s trying to figure out where the committee meeting is, we don’t appreciate that down here in Georgia. That’s not how we treat people.”